The original Ashoka diamond was a stunning 41 carat D Flawless gem. It fascinated and inspired William Goldberg to create the ASHOKA® diamond – a distinctive cut worthy of its own patent and trademark.

Found in India’s famed Golconda region and named after a great emperor warrior, the original Ashoka diamond is said to have the power to remove sorrow and bring joy. Its elongated shape and shimmering sparkle makes it one of the most coveted gems in the world, and can only be cut by William Goldberg, who holds its exclusive trademark.

ASHOKA’s® 62 elongated facets and precise cut capture and transform light like no other. Compared to an emerald cut diamond of the same carat size, an ASHOKA® cut diamond appears thirty percent larger. 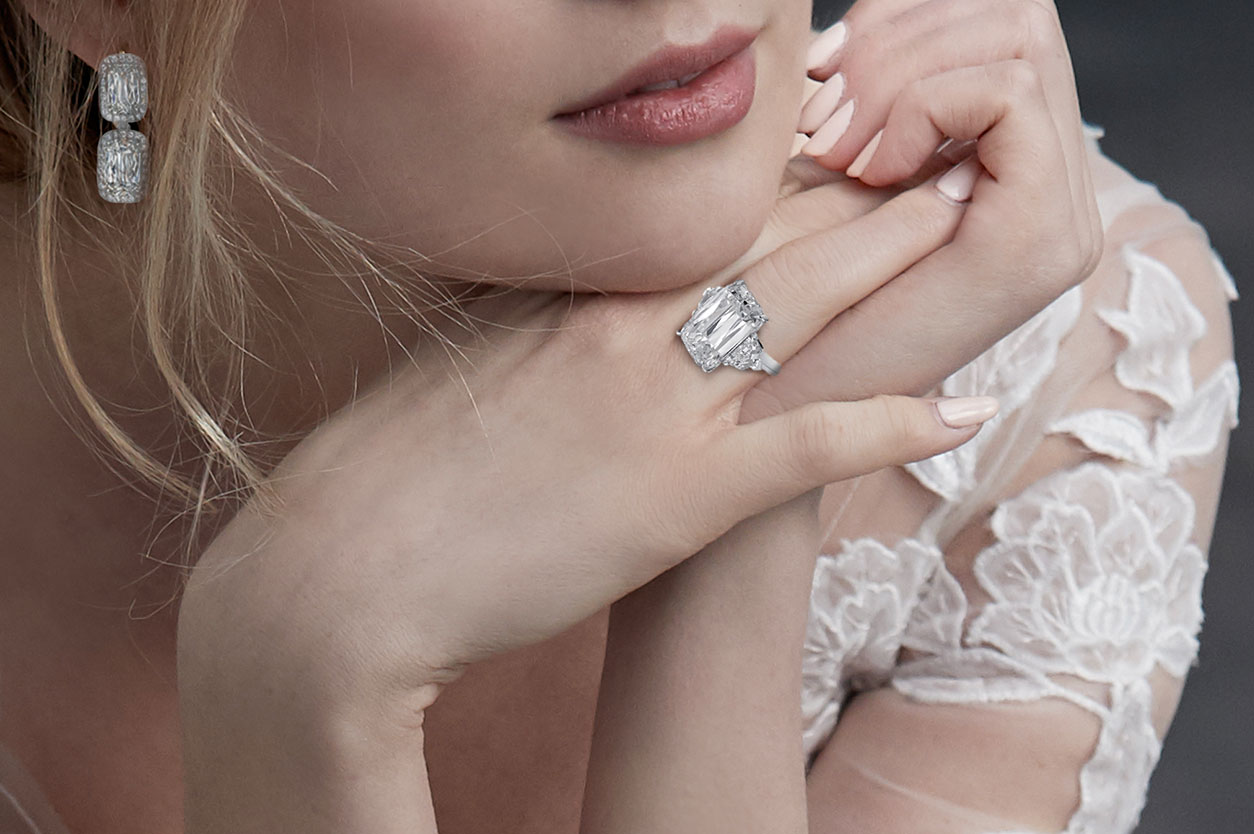